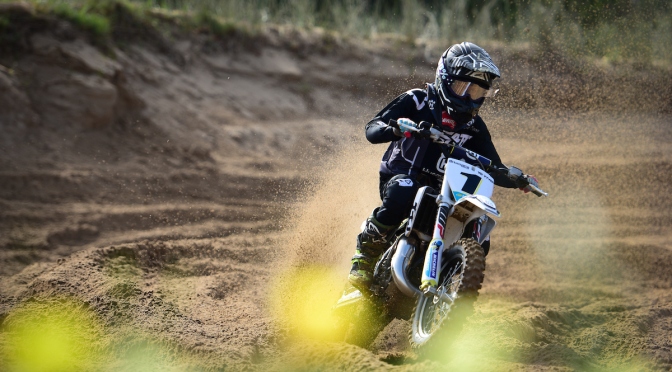 The 2020 edition of the National Motocross Championship comes to close in Bloemfontein this weekend with an enticing double-header lying in wait. It has been a tumultuous season thus far with the global Corona pandemic forcing an unexpected break in proceedings. 2020 is a year which will not soon be forgotten and as such Husqvarna Racing’s Maddy Malan and Neil Van der Vyver will be looking to etch their names into the history books as the men who came out on top in this whirlwind Championship.

Entering the season as reigning MX1 Champion, Malan arrives in Bloemfontein 18 points behind leader Tristan Purdon. With 100 points up for grabs over the weekend Malan knows that if he turns in a faultless performance over the course of the double-header, he may yet be able to walk away with bragging rights this season. There is no love lost between Malan and Purdon after Malan won the 2019 Championship following a tiebreaker between the two riders. Fans can therefore look forward to a race which will be laced with the spice of what is becoming a fierce and bitter rivalry.

Teenage sensation Neil Van der Vyver clawed his way back to the front of the 65cc Championship at the last installment of the season after an uncharacteristically slow start to the year. Van der Vyver enters the season finale with a six-point lead over his closest rival. While double-header rounds boast the prospect of a rider significantly bolstering their points tally, they also pose the threat of a complete re-shuffling of the leaderboard should a rider lose his concentration for a second.

Van der Vyver will be taking to the track in Bloemfontein as a hunted man is prepared to ride like one in his quest to be all-conquering once more.

Dalton Venter, 2019 High School Class Champion, has had a tough season stepping into the MX2 Class. With the double-header presenting a prime opportunity to reinstate himself as a force to be reckoned with in his class, the young gun will be looking to finish off the season strong.