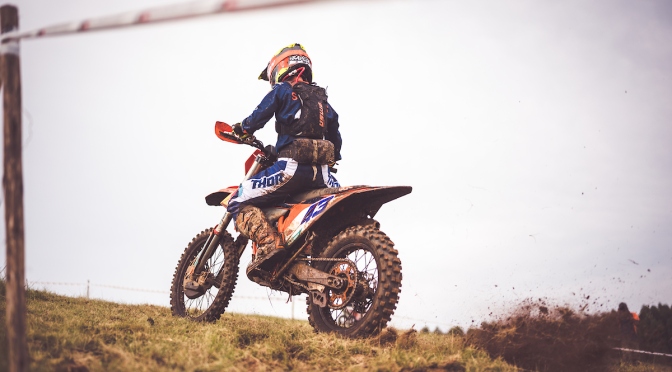 The National Enduro Championship season was off to a stellar start for Brother Leader Tread KTM. The first round of the championship took place in Harding, KwaZulu-Natal, this past weekend where riders blistered their way through some of the most iconic trails South Africa has to offer.

The event marked the debut race of two new orange riders – namely Blake Gutzeit and Matthew Stevens. Star rider Bradley Cox was missing from the action after an injury he sustained at the Abu Dhabi Desert Challenge.

Gutzeit stepped onto a KTM 300 XC-W TPI for his debut national event with the orange team. Having started in the fourth row, he was off to a slow start in the opening lap as he worked his past the riders ahead of him. As he picked up the pace from the second lap, however, it wasn’t long before he closed the gap on frontrunners Brett Swanepoel and Wade Young.

After an eventful fourth lap and an exceptional display of grit, Gutzeit finished second in his class and second overall. He explained: “I really put the hammer down in the second lap and made up a lot of time. It gave me confidence going out on the third lap, and I quickly started closing the gap on the guys ahead of me. I unfortunately crashed on the fourth lap and broke my clutch! I never gave up though, and kept my head strong. I managed to get ahead of Brett when we hit a muddy section, so with a bit of luck and a ‘never say die’ attitude, I finished in second overall!” said Gutzeit.

Adding to the excitement this weekend is the fact that former Brother Leader Tread KTM rider, Scott Bouverie, set the routes. As one of the most talented Enduro riders the country has seen, Bouverie carved out nothing less than world-class trails in Harding.

“The track was incredible! It was a ‘real Enduro’ route that was so well marked. Scott put on a great show. There was even a new timing system, which I believe is a big step forward for racing in South Africa. My motorcycle ran so smoothly and the team dynamic was awesome – we share the same common goal of wanting to win and that really kept me going on Saturday,” said Gutzeit.

Also making his debut for Brother Leader Tread KTM was exciting Enduro prospect Matthew Stevens, who raced in the J1 class on the KTM 125 XC. He had a tough start to the event by his own high standards and used the remaining laps to play catch up. With a sixth place overall in his class, the rider was happy to secure some championship points but was also determined to work on his speed for the next event.

Stevens also raced in the Extreme Enduro Championship the following day where he stormed to a podium spot. He commented: “I’m more comfortable on the extreme terrain and realised that I need to work on my pace on the faster stuff. I loved every moment of this weekend and look forward to improving as I move into the rest of the season.”

The Brother Leader Tread KTM team will now turn their attention to the next round of the National Cross Country Championship. The event takes riders back to KwaZulu-Natal on Saturday for what promises to be a nail-biting day of racing.
All eyes will be on star rider Bradley Cox who opened the season in victory. In what was an unforgettable start to the championship, the rider stormed to both the Overall and OR1 Class win at Legends MX.

In the highly competitive OR2 Class, new recruit Scott Heygate will enter the event with fresh sense of confidence after the first round. It was an impressive debut performance for the rising star who managed to finish second in his class and fourth overall – his best national finish in South Africa to date.

Joining him in the OR2 Class is Red Bull KTM’s Kerim Fitz-Gerald. With years of experience to fall back on, the former South African Motocross champion will look to build on his third place finish from the first round.

Rounding out the team is young gun Matthew Wilson, who like teammate Cox opened the season in victory. The team added Wilson to their cross country roster in the OR3 Class this season, and judging by his first performance, have a promising season ahead with the rising star.