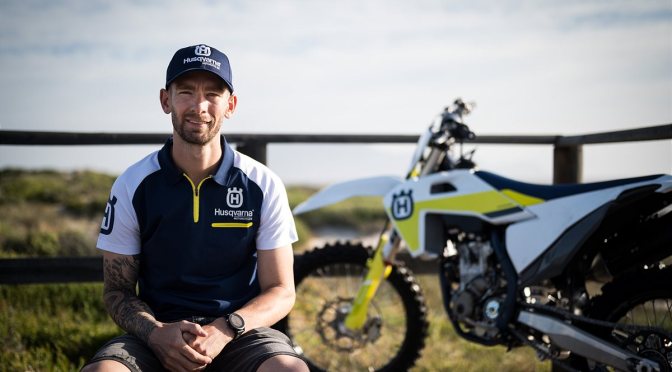 It is with great excitement that Husqvarna South Africa announces the signing of motocross star David Goosen. After what has been an unpredictable season of racing, the rider well-known for his “21” number board will bring a breath of fresh air into a highly anticipated 2021.

Motocross has been a part of Goosen’s life since he got his first motorcycle at 3 years old. Growing up in Zimbabwe, he fondly remembers spending weekends with his family at the track for a great portion of his childhood. His riding was taken to a new level of professionalism when he later immigrated to the UK with his family where he described experiencing “flashes of brilliance” in his racing career.

A devastating knee injury would eventually see him return to South Africa – a time in his life Goosen recalls feeling extremely lost: “Until 2016 I was really quite lost. I couldn’t quite find a job I liked to do and wasn’t getting the results to earn anything from it. It was during this time that I met my wife, Shannon, and suddenly had this drive to sort my stuff out.”

Goosen worked hard to settle down with a job outside of racing and it wasn’t long before he married his wife, Shannon Goosen. As he looks back at that time in his life, he believes that it set him up for success in what would soon become a flourishing racing career.

“I settled down with Shannon and we became a really good team. As we grew in our careers and ‘climbed the ladder of life’, it wasn’t long before I noticed a shift in my racing. With her support, I stepped into a new season and suddenly started winning races and finishing on the podium,” said Goosen.

The rider was crowned the country’s National Motocross Champion in 2017 – a defining moment in Goosen’s racing career. While championship titles have narrowly evaded his grasp since then, the rider firmly believes that his race for national glory has only just begun.

With his sights set on chasing down both the MX1 and MX2 titles in 2021, Goosen commented: “I’m almost 30 years old now and I’m at the peak of my career. I feel like I’m just getting better and better, and the idea of a new team has refreshed me. The whole adjustment with a new brand has made me more motivated than ever. It’s a very professional set up and I look forward to working with the family of Husqvarna.”