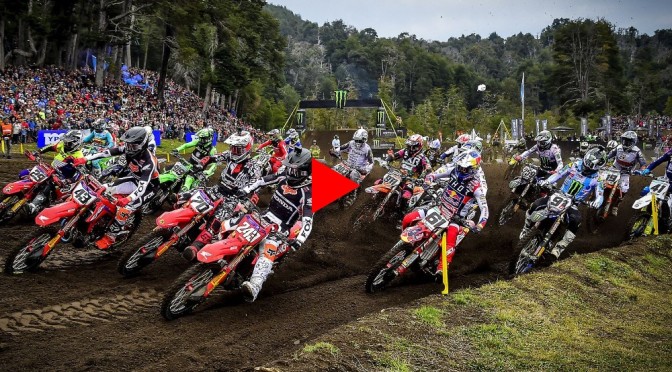 The Fédération Internationale de Motocyclisme (FIM) has released an informative video about the signals, boards and other safety aspects which are used / featured during FIM Motocross World Championship events.

The short video features Monster Energy Yamaha Factory MXGP rider Jeremy Seewer, along with Red Bull GasGas Factory Racing’s Jorge Prado who give a detailed explanation of their Grand Prix preparation on race day, the different flags and board signals that can be seen during the races and what they mean and how they react to each signal.

Take a look at the 9-minute video which explains all of the important rules and signals which convey the information and instructions that a rider must be aware of and follow when they are competing at FIM Motocross World Championship events.