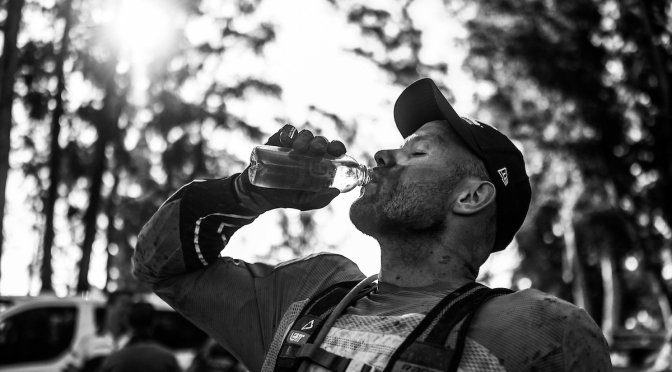 The highly anticipated National Cross Country season finale is about to unfold. The event takes place as a double-header round in Mid-Illovo, KwaZulu-Natal, from 17-18 October.

For Pepson Plastics Husqvarna Racing, the hunt for national titles has come right down to the wire. The team has two championships on the line with both Kenny Gilbert and Brett Swanepoel sharing the points lead in the OR1 and OR2 Class respectively. As former national champions, the riders will draw on years of experience to fight tooth and nail for the country’s highest level of Cross Country glory.

Gilbert will go head-to-head with OR1 championship rival Charan Moore. The Husqvarna rider has been relentless in his determination to reclaim the top step after a near career-ending injury in 2019. Fresh off a top 20 finish at the Andalucia Rally, Gilbert will line-up this weekend with a renewed sense of confidence.

Teammate Brett Swanepoel is bracing himself for a bar-to-bar battle with Jarryd Coetzee, who shares his points lead in the OR2 Class. Like Gilbert, Swanepoel is out for redemption as he looks to claim his first national title since his return from injury last season. The rider will pull out all the stops this weekend as he looks to reinstate himself as South Africa’s leading OR2 star.

Rounding out the team this weekend is rising Cross Country talent Davin Cocker. All eyes were on the rider at the last round of series when he stormed to victory in the final 100 metres of the race. With a mere two points separating him from the top of the OR3 leaderboard, Cocker will be a force to be reckoned with this weekend.

As one of the most nail-biting events of the season approaches, Husqvarna South Africa’s Brand Manager Fred Fensham commented: “I’m not quite sure if my nerves are going hold out over what is going to be an exceptionally long weekend. In the top three categories there are no fewer than five red plates showing riders leading or level in championships! Anthony has done an amazing job of giving the riders the right equipment. I know our riders have put in serious training and will be ready to take on the course rather than the other riders. We can now only wait and see who gets crowned on Sunday afternoon – unlike the film from many years ago this is not just any Sunday!”