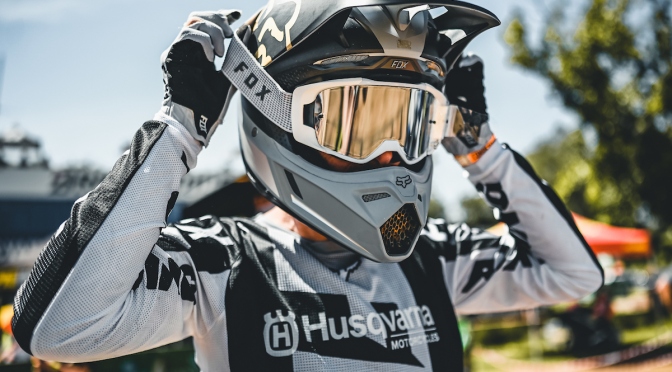 The highly anticipated third round of the National Motocross Championship takes riders to Welkom this weekend. On a track infamous for its unforgiving soil and deep ruts, Rockstar Energy Husqvarna will battle it out in what will undoubtedly be one of the most exciting rounds of the season.

Leading the charge in both the MX1 and MX2 Class respectively is the team’s 2021 recruit David Goosen. The rider has wasted no time establishing himself as force to be reckoned with on his new Husqvarna machines this season and will line-up with less than 10 points separating him from the top of the MX1 leader board.

While his consistent podium results have put him in a prime position to fight for the prestigious national title, Goosen makes it clear that his sights are fixed on nothing less than victory this season:

“I know that consistency is key and that we’re still very early into the championship, but I want to start banging out some wins soon. I’m really enjoying pushing the pace on my Husqvarna machines and we’re in a really good position to fight for both championships. We’re not miles off and will keep getting better. I have a clear game plan going into this round and want to be closer to the front of the race,” said Goosen.

With a third place in the MX2 championship at this point of the season, Goosen mentions “having the most work to do” in this class by his own high standard. While he was happy with his pace and fitness in the last round, the rider hopes to tap into new levels of confidence and speed this weekend.

Also preparing to fight his way to the front of his class is Rockstar Energy Husqvarna teammate Neil van der Vyver. The young gun has been dealt his fair share of blows this season. Husqvarna Brand Manager Fred Fensham explained: “Neil has certainly had the pace this season but just has not had any luck on his side. I have no doubt he will come back stronger this round!”

Undaunted by the Welkom event’s unforgiving reputation, Van der Vyver rates the track as one of his favourites. He commented: “Welkom is one of my favourite tracks – I really like how bumpy the soil gets! I’ve done really well here in the past and I hope I can keep that ball rolling and get back onto the podium.”

While many of the challenges that Van der Vyver has faced this season have been beyond his control, the rider has placed a laser focus on the areas he feels he can improve in. Since the first round, Van der Vyver mentions working particularly hard on his starts and consistency.