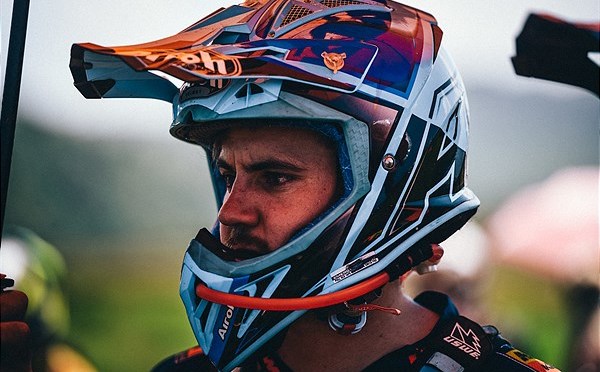 Final round of the National Enduro Championship

South African riders went head-to-head in Creighton, KwaZulu-Natal, this weekend for the final round of the National Enduro Championship. After a tumultuous season of racing, the Brother Leader Tread KTM team mustered up the strength to put up one last fight for championship titles.

With two riders lining up in second place in their class, the team entered the event with everything to win. After a demanding day of racing in Natal’s particularly unforgiving terrain, both Bradley Cox and Scott Bouverie narrowly missed the top step and snatched up silverware in the E1 and E2 Class respectively.

While the seemingly elusive E1 title evaded Cox’s grip, the multi-disciplined star will end the season celebrating the positives after his recent OR3 National Cross Country title.

“I didn’t manage to take the title in E1 today, but I fought hard all season. I struggled a bit in the second half of the race – I started to cramp and lost touch with the leading guys. It’s all good though – it’s been a long year and I’m ready to regroup in the off season,” said Cox.

For Brother Leader Tread KTM teammate Bouverie, a second place is certainly not what he had hoped for by his own high standards. With a strong determination to come back swinging in 2021, however, the rider walks away proud of his performance in what has been an unpredictable season of racing.

“A second place is obviously not what I wanted, but I’ll take it after such a short season. I really enjoyed how technical the track was today and I’m proud of the ride I had. Thanks to my amazing team and everyone that backed me this season – I’m looking forward to a fresh start next year,” said Bouverie.

KTM South Africa’s Marketing Manager Louwrens Mahoney gives a part shot and his team enters the off season: “It was a really tough and demanding last round of the National Enduro series and the riders really gave it everything they had. We walk away with lots to work on as prepare for next season, and that motivates us so much to come back stronger. Well done to all the other teams for putting on a solid performance all year round.”

Picture Caption: Scott Bouverie at the final round of the National Enduro Championship