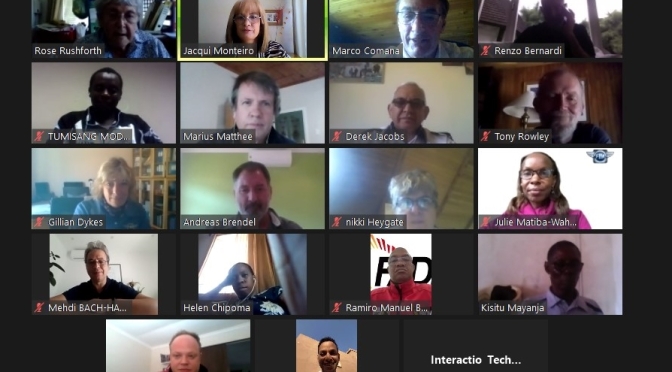 FIM Africa held a very successful virtual general assembly on 7 November 2020, with English – French interpretation via Interacio. All Items were unanimously approved including the amendments to the Statutes.

“This was the first Virtual GA and was a learning curve for us; it turned out very well and we were pleased with the number of delegates who took the time to join us. While some FMN’s had connectivity difficulties the turnout was as good as expected. This is definitely a means of meetings for the future especially for Africa, which is such a vast continent”, said the President Marco Comana.

There were 11 Federations in attendance i.e. Angola, Botswana, Kenya, Mauritania, Morocco, Namibia, South Africa, Tunisia, Uganda, Zimbabwe and Zambia out of a total of 15 affiliated members.

While the Executive Council also held its 4th Virtual meeting for 2020 in preparation for the GA.