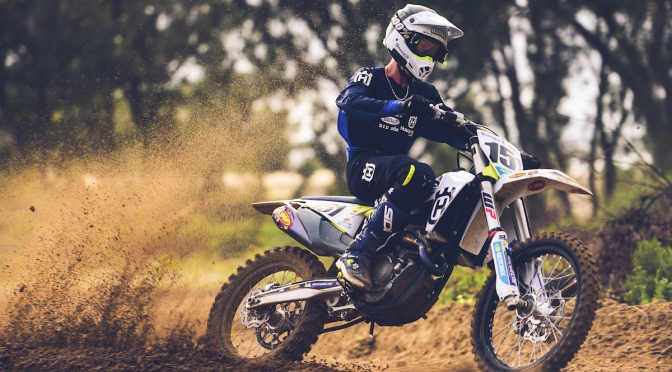 Husqvarna South Africa is gearing up for the return of the National Motocross Championship. After a challenging start to the season, the team is out for redemption as they make their way to Pietermaritzburg for the second round of the series.

Reigning MX1 champion Maddy Malan is about to pull out all the stops in defence of his 2019 title. The rider had an unfortunate crash in the first round that cost him valuable championship points. Undaunted by the setback, Malan will use the same determination this weekend that he did to fight his way back up to the top step last year.

Another rider ready to battle it out for the country’s premier motocross title is Neil van der Vyver. The rising star will line-up on Saturday as the reigning 65cc Champion, also looking to make up some points after a technical issue in the first round.

The young gun boasts an array of titles and is ready to get his hands on the fourth championship of what is undoubtedly a very promising career. Van der Vyver, who has represented Husqvarna South Africa since 2016, is a talent stacked with potential for not only his team, but the future of South African motorsport as a whole.

Rounding out the squad this weekend is 17-year old Dalton Venter. As a new-addition to the team, the rider will be looking to cement his place in South Africa’s official Husqvarna factory team. With a new level of both motivation and support, Venter has entered the season with a strong determination to shake of his ‘rookie’ status and make a name for himself in the MX2 Class.

Husqvarna South Africa’s Brand Manager Fred Fensham commented: “PE was a really tough start to our season and the reality of this sport gave us a big wake up – with all that has happened to our world we have had time to rethink and focus. With three current SA Champions in our squad, we are set to show our class once again”