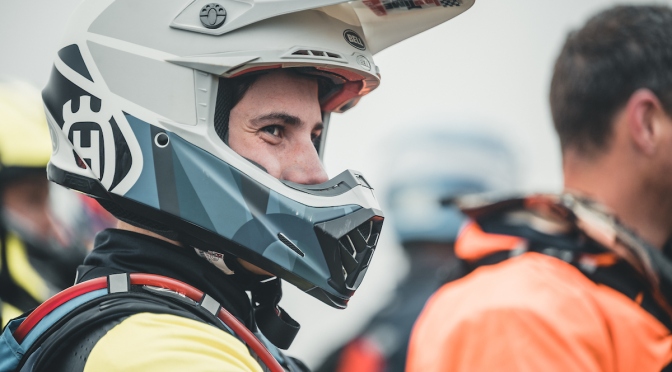 In what was an epic back-to-back weekend of racing, Rockstar Energy Husqvarna walked away with yet another class win. Following Brett Swanepoels’ stand-out performance at the National Enduro, it was teammate Davin Cocker that took top honours this time around at the National Cross Country in Matatiele, KwaZulu-Natal.

Cocker was on the war path this weekend having lost valuable championship points in the last round due to a technical issue. Determined to claw his way back up the OR3 leaderboard, Cocker started the day with a blistering pace in the time trial. Second only to Bradley Cox, the rider sent a strong message of his intentions for the day.

The main race had diverse terrain in store with sandy sections, riverbeds, and tight forest trails looming. In what will be one of the stand-out performances of Cocker’s career, he raced to not only win his class but finish third overall.

This was Cocker’s debut on the overall podium, a goal he had patiently been working towards. With the prestigious national title back within his grasp, he is now just one point behind the class leader with two rounds of the championship still to go.

“I’m so glad to be back in the fight for that title! This was my first time ever coming away with what was a very happy third place overall. The fact that I did it on my Husqvarna FC 250 proved to everyone that the ‘little’ bikes very much have what it takes to race up there with the frontrunners,” said an elated Cocker.

In stark contrast to last weekend’s Enduro high, teammate Brett Swanepoel entered a fight for the championship in a far more challenging way than he had expected. When the rider ran out of fuel on the third lap, it was no longer about winning the race but doing everything possible to salvage the OR1 championship.

“I lost a lot of time and had to finish the last hour and a half of the race without any water to drink. A fellow rider stopped to help give me fuel, so I used my hydration pack to transfer it from his bike to mine. He really saved the day and helped me keep the championship alive,” explained Swanepoel.

Shaking off the setback, the rider held his composure to ultimately secure fourth place in his class and seventh overall. As the team prepares for what will be a nail-biting final two rounds of the season, Husqvarna South Africa’s Brand Manager Fred Fensham gives a closing comment: “The term ‘bitter-sweet’ comes to mind after the weekend. Brett, the current overall Cross Country champion, worked extremely hard with our team to be ready for the Matat event. As it happens in all forms of sport, the cards just did not fall his way. Not only was the error in fuelling a bitter pill to swallow, but in hind sight the choice of machine for the race was not ideal for the terrain.”

Focusing on the positives, Fensham added, “Without trying all our options, which fortunately we have with our line-up of Husqvarna models, we will not learn and progress – so with that being said, the race for this OR1 championship is far from over! As for our young gun in the OR3 class, Davin and his FC 250 were simply in a class of their own. Not only did he blow everybody’s socks off with his qualifying performance, but to come home with the OR3 win and a third overall is truly amazing. We are excited and proud of this young talent, and now look forward to the next round in Delmas!”