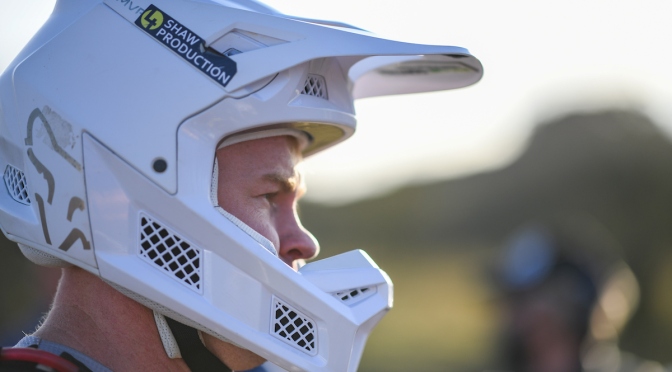 South African racing made its highly awaited return last weekend and Rockstar Energy Husqvarna came back swinging. In what was one of his most impressive races of the season, lead rider Brett Swanepoel stormed to the E2 and overall victory at the National Enduro Championship in Bathurst, Eastern Cape. Teammate Heinrich Aust secured the second spot in his class to stay in the fight for the E1 Championship.

Having pulled out of the first round due to an illness, Swanepoel has been relentless in his comeback this season. The rider lined up in the second row on Saturday and set off on a war path as he fought his way up front with rival Luke Walker and Bradley Cox. When the opportunity to make his break presented itself, Swanepoel didn’t look back and opened over a minute gap on his competitors.

Making the performance particularly impressive is the fact that this was his first Enduro race in the Bathurst terrain. Swanepoel describes his experience of racing through what was mostly virgin trails: “I absolutely loved this route. Having never raced here before, we were all very excited to see what was in store. The guys really put in a lot of work – I could see how much virgin terrain had been cut open. I really just found a groove and my bike felt amazing,” said an elated Swanepoel

It’s no secret that teammate Aust prefers more of a technical route, but the rider has exceeded expectations in the new Enduro format he’s faced this season. He explained: “The new format is less technical, but by no means less challenging. These new national routes flow more and have been a lot tighter, which leaves little room for error. I was lucky enough to get the 2022 model of my Husqvarna TE 150i recently, so I really enjoyed putting it to the test.”

On a route that required high levels of concentration and consistency, Aust held onto his class lead for the first three laps before being overtaken by championship rival Bradely Cox. The fight for the E1 Championship is far from over, however, and the rider will leave no stone unturned as he prepares for the season finale.

Motivated by the high of the Bathurst race, the team will now turn their focus to the National Cross Country race that is set to take place in Matatiele, KwaZulu-Natal, on Saturday. Adding an extra sense of excitement to this event is the fact that Swanepeol will line up on his all new Husqvarna TX 300i tied for points overall with Bradley Cox.

The rider explained that his sense of confidence has soared to new heights on his latest machine: “I am in love with this bike. I can ride it to the limit constantly with so much less fatigue – I feel faster than I ever have when I’m on it. My setup for this weekend will be slightly stiffer, but lately I’ve enjoyed taking on a softer setup in general. It absorbs little bumps and really saves my energy,” he said.

With recent snow in the area, riders are hopeful that the route will present less dust than initially expected. As he sets his sights on a back-to-back victory, Swanepoel commented: “These last few races of the season count the most, so it’s important to keep a level head. This weekend isn’t just going to be a flat out race – this route requires some skill and concentration. The switch to the TX 300i has helped me zone in on the task at hand – I can’t wait to get out there.”
Joining him in the fight for Cross Country glory is teammate Davin Cocker, who mentions being particularly excited for the Matat venue: “I haven’t raced there for a long time so I can’t wait to see what the terrain has in store. I’m predicting some fast and tight sections, which suits me. I’ve been training hard on any similar terrain I can find here in Joburg,” he said.

Equipped for the battle in the OR3 Class with his Husqvarna FC 250, Cocker is determined to make up for lost points this weekend. Undaunted by the pressure, he gives a closing comment: “My goals are finishing this race with a good position – we need to catch up on valuable points lost earlier this season. We aren’t out of the fight just yet – we are just getting started!”