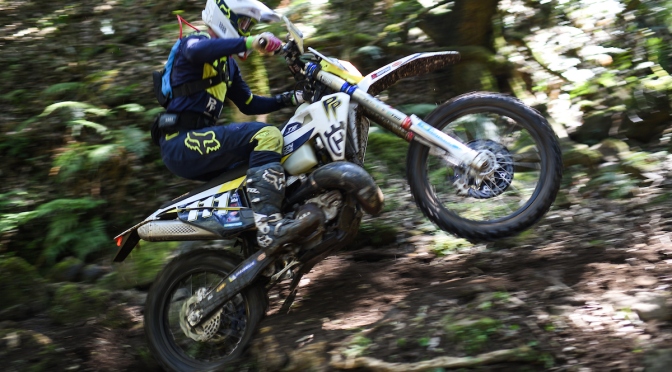 South African motorsport star Brett Swanepoel is on the brink of securing his second national title of the season. Fresh off an unforgettable National Cross Country victory, the precociously talented rider will line-up with the points lead at the final round of the Enduro Championship.

It’s been a season that now glistens with the prospect of being history making for Swanepoel. After overcoming an injury he has reinstated himself as one of the country’s frontrunners in this sport. The season finale will take place in Creighton this weekend – territory that Swanepoel is all too familiar with as a Natal based rider. Adding to his advantage is an impressive points lead not only in the E2 Class, but on the leader board overall.

“I’ve worked hard these last few weeks to prepare for this. I’ve mixed up my training between Hard Enduro, Enduro Cross and general speed work. I’m ready for this weekend,” said Swanepoel.

“It’s difficult to find the words to describe Brett’s fight back to the top, but as they say – ‘actions speak lower than words.’ Let’s watch with great excitement as this story unfolds!” said Husqvarna South Africa’s Brand Manager Fred Fensham.

Heading to the event with a renewed sense of confidence is Pepson Plastics Husqvarna Racing’s Matthew Green. After overcoming his fair share of challenges this season, Green stormed to his debut National Enduro victory at the last round of the series.

With 13-points separating him from a podium spot in the E1 Class, the young gun will fight tooth and nail to claw his way up the ranks on Saturday.