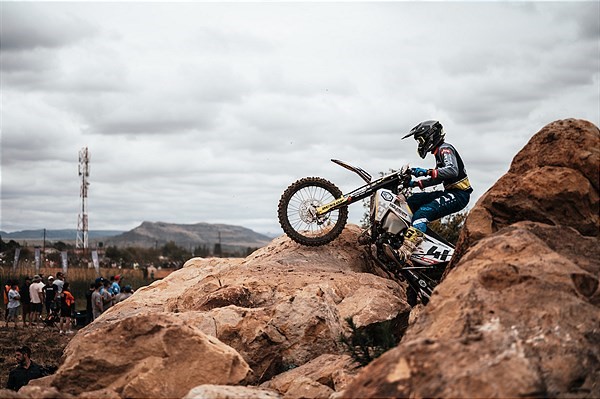 The wait is over and South Africa’s top enduro talent are making their way to the Windy City. The second round of the National Enduro Championship takes place in Port Elizabeth on Saturday, 14 March, with one of the most competitive line-ups the series has seen in years.

Leading the charge for PEPSON PLASTICS HUSQVARNA RACING is Brett Swanepoel. Having made a return of epic proportions to racing in 2019 after an injury, Swanepoel is clearly back to his competitive racing form and has been deemed a favourite for the E2 Championship title.
After a solid third place in his class overall in the first race of the season, Swanepoel now has a taste for the podium and will be hungry to chase down his competitors.

With only two weeks to the start of the highly anticipated Port Elizabeth event, the Husqvarna team received the disappointing news that star rider Matt Green had been injured. The E1 rider broke his foot in a crash at a regional race recently and will be sidelined for the second round of the series.

The young and upcoming Heinrich Aust has been drafted into the team as a replacement for Green this weekend – a rider from support team Holeshot Husqvarna.

At just 16-years old, Aust steps into the E1 Class with more than enough pace after an impressive 2019 season. Not only was he crowned the 2019 High School Class Champion, but was the 14th rider to finish the iconic Gold route at the 2019 Motul Roof of Africa.

“Based on his previous performances, Heinrich has a bright future ahead of him and is clearly being monitored. While it’s never easy to deal with the disappointment of an injured rider, this weekend presents a good opportunity for Heinrich to experience what’s it’s like to race for a factory team,” said Husqvarna South Africa’s Brand Manager Fred Fensham.